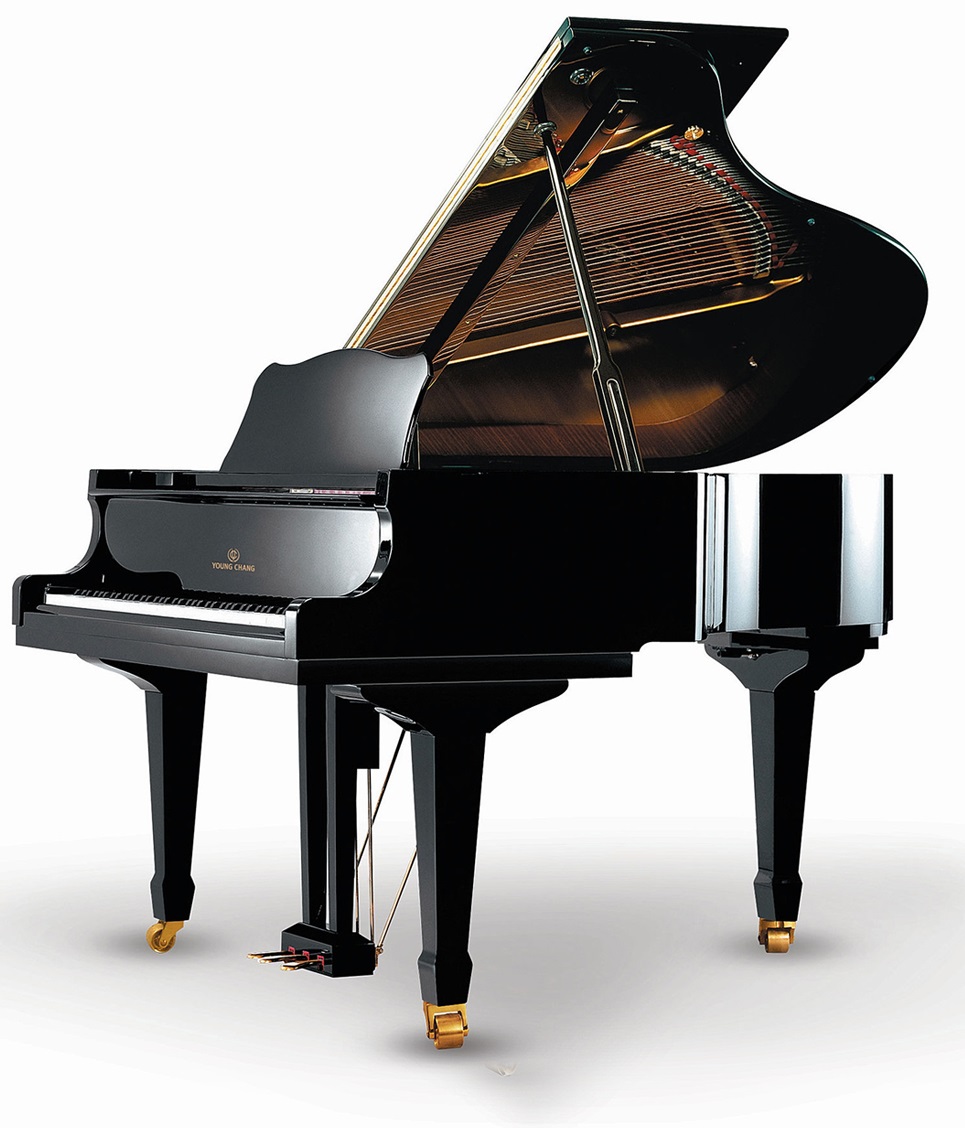 Young Chang pianos is based in South Korea and was founded in 1956 by three brothers: Jae-Young Kim, Jae-Chang Kim, and Jae-Seop Kim.  The brothers began selling Yamaha pianos in Korea under an agreement with the firm.

Currently, Young Chang is one of the largest piano manufacturing companies in the world.

For approximately nine years, beginning in 1964, Young Chang and Yamaha entered into an agreement where Yamaha shipped partially completed pianos from Japan, to the Young Chang factory in Inchon, S. Korea. There, the company performed final assembly work. This included assembling the cabinet, installing the action, and stringing the piano.

This arrangement with Yamaha lasted until 1975, as Young Chang decided to manufacture pianos under their own name, as well as to expand the company's reach, domestically and internationally. Toward the late 1970s, Young Chang began exporting their pianos to the United States.

In 1995, Joseph Pramberger (former Vice President of Steinway and Sons) joined the company and brought certain innovations which include the “Platinum Touch Action” and the patented, asymmetrically tapered soundboard, which made Young Chang even more famous and allowed them to produce pianos of a much better quality.

The company is headquartered in Incheon, South Korea and has more than 2000 full time workers who design and build their grand and upright pianos, as well as the Kurzweil Music Systems.

After the company purchased Kurzweil Music Systems, Young Chang continued to manufacture electronic and digital musical instruments under the same name. Currently, they have five different electronic piano series with a total of nine different designs.

All these pianos are designed and manufactured in South Korean under the supervision of Delwin Fandrich (who entered the piano industry in 1961), who is Young Chang Piano’s Design and Manufacturing Consultant since 2008.

Looking to find the age of your Young Chang Piano? Find help to locate
the serial number on your piano here, then reference the chart below.

Looking for the Current Market Value of your Young Chang Piano?

Are you Buying or Selling a piano and need to know what it is worth?