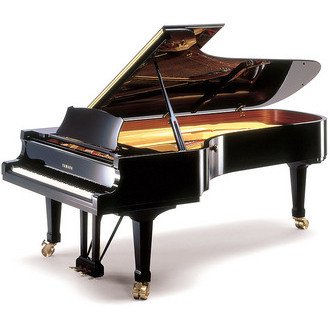 The Yamaha Corporation was founded originally as a piano and reed organ manufacturer by Torakusu Yamaha in 1887.

On October 12, 1897, Yamaha was incorporated and the company's main production - musical instruments - are still highlighted today as one of the company’s flagships. It is even featured in the group's logo - a trio of interlocking tuning forks.

Yamaha After the War

On the other hand, Yamaha ceased the production of its archery products in 2002, which was started in 1959. A good note on this was the fact that six archers in five different Olympic Games won gold medals using Yamaha-made arches.

Yamaha Corporation is also popular for its music teaching program that was initiated in the 1950s.

Yamaha electronics continues to be successful and popular - among well known performers as well as the general public for the line of high quality products they produce.

A good example is the Yamaha YPG-625, which holds the distinction of being awarded "Keyboard of the Year" and "Product of the Year" in 2007 by The Music and Sound Retailer magazine.

Yamaha Corporation continues to be a thriving multinational corporation and conglomerate based in Japan, boasting a wide array of products and services, electronics, motorcycles, and power sports equipment, however, primarily musical instruments, to a satisfied throng of devoted fans and customers, from all over the world.

FIND OUT WHO THEY ARE

Looking for the Current Market Value of your Yamaha Piano?
See our Appraisals Page -- CLICK HERE

Learn About the Yamaha Disklavier E3

ARTICLE: Is Your Yamaha Piano a Grey Market Piano?

HAVE A SPECIFIC QUESTION?

Special Report: The Corona Virus (COVID-19) and Your Piano's Care