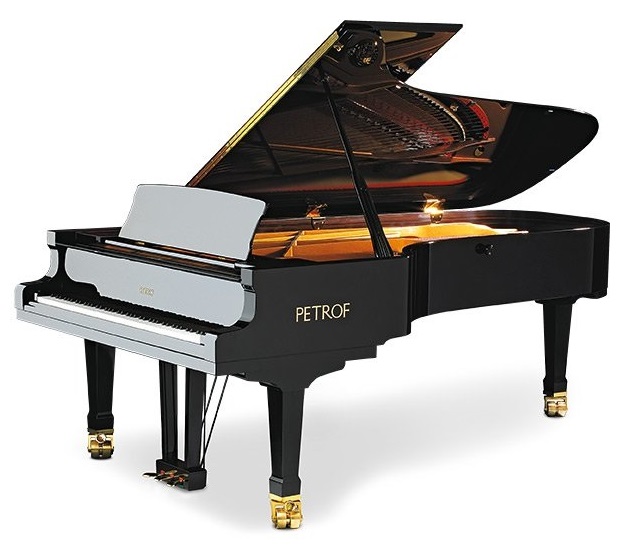 Petrof is one of the oldest piano manufacturers in the world, enduring the test of time and continues to produce one of the best quality pianos that musicians enjoy today.

Antonin Petrof established the piano company named after him in 1864 in Hradec Králové. He was a student of piano making in Vienna before producing his first concert grand piano, in the same year he joined in his father’s joinery shop.

In 1865, he transformed the shop into a piano maker’s workshop and in 1894, Petrof began exporting instruments abroad, eventually opening a subsidiary in Temesvár in Hungary the following year.

In 1928, Petrof together with the American company Steinway opened a subsidiary in London. Four years later, the company management expanded as third generation Petrof members joined the company.

The company celebrated their 145th year of establishment with the fifth generation Petrof, Zuzana Ceralova Petrofova, in charge of the manufacturing and management. Zuzana was also appointed the president of European Federation of Music Instrument Manufacturers – CAFIM in 2005.

The company history can also be found on their website at this link.

Today, Petrof offers a wide array of pianos covering several series for both the grand and the upright.

Petrof Grand pianos are composed of the Master Grand series and the Standard Grand Series, with three models under each series. In addition, the company also offers grand pianos in the Art Collection.

Additional four models of Petrof Grand pianos that do not fall in any collection or series includes the PIII, PIV, PV and PVI models.

Petrof’s Upright pianos come in three series and two collections: the Highest, Higher and Middle series for the first collection; and, the Art Collection and the Special Collection for the second collection.

A beautiful website is published by Petrof, which highlights the company's product range, namely, their variety of piano models, features, finishes, specifications, in reality, making this company one worthy of your time and attention.